Was it only a year ago when Anne Curtis got her own E! News Special? Well, now, #ANNEbisyosa has done it again. People Asia’s National Sweetheart was deemed by her loving fans as “The Noise of the Philippines”, adding another title under Anne Curtis’ belt aside from being one of the most sought-after celebrity endorsers and a weeknight addiction. She has been named as one of the 50 Smartest Celebrities on Twitter according to Time Magazine.

What a wonderful surprise to wake up to! Good Morning! “@TIME: These are the smartest celebrities on Twitter https://t.co/hix4zHMf5a”

Being the only Filipino on the list published last Wednesday, Anne Curtis has definitely come a long way in representing the Philippines. Ranking 25th on the list, the “Dyesebel” star shared the spot with seven other celebrities namely J.K. Rowling, Ricky Martin and Scooter Braun among the few.

In order to determine the 50 Smartest Celebrities on Twitter, the candidates must first be in the most followed celebrities list of the analytics firm, SocialBaker. In addition to that, a test was programmed to measure the number of three-syllable words used in a text in order to conclude the years of education required to comprehend it. According to Time, they had to analyse the last 20 tweets from the 500 highest followed celebrities and then ran the results through SMOG or the Simple Measure of Gobbledygook test to calculate the reading level. 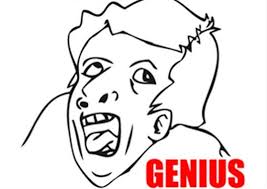 Leonardo DiCaprio topped the list with Time noting that DiCaprio’s tweets on environmental activism contributed a big part to his win. Together with DiCaprio and Curtis on the list are other Hollywood celebrities, like Oprah Winfrey, Jessie J, Floyd Mayweather, Ashley Tisdale, Jennifer Lopez, Beyonce Knowles and Kelly Clarkson, to name a few, and socialites Paris Hilton and Nicole Richie.

And here’s a short list of some of the celebrities in the Time Magazine 50 Smartest Celebrities on Twitter, well the top 15 are seen here:

To wrap this all up, I leave you with a reminder from the #ANNEkaboggable…

Thank you for tuning in tonight! Catch our finale tomorrow night sweethearts! #TeamDyesebel

That means that tonight, people, we shall bid our goodbyes to our favourite mermaid on TV. #DyesebelFinale Anberlin Plays Their Final Show in Manila This...