It’s nice to take a little break once in a while When In Manila. One of the best ways to take your mind off of the busy streets of the Metro is to watch a movie where you can enjoy the ride, feel your heart racing, get scared, cry, laugh hard and fall in love. And when you’re watching the second installation of The Hunger Games, prepare for a roller coaster of emotion together with kick ass moves, death defying stunts, a variety of martial arts, a little bit of science and a whole lot of fighting.

The Hunger Games: Catching Fire poster.
Even the poster says “Watch me, or else…”

It would be an understatement to say that it was awesome, as the movie screamed exceptional; or at least it was for someone who hasn’t seen the first movie nor read the books. From the beginning to the very end, it will definitely get you hooked. But before we go on about movie, let’s get to know first the organization responsible for this event.

The University of the Philippines Academic League of Chemical Engineering Students or more commonly known as UP ALCHEMES organized a Block Screening of The Hunger Games: Catching Fire during its opening night at SM North EDSA The Block in order to raise funds for their organization.

Mr. Jonathan Grande (on the left) and Mr. Jules Dayrit (on the right)

According to Mr. Jonathan Grande, the Executive Officer for Finance of UP ALCHEMES, these movements help them back up events like the Research Fair in UP last February. Hence, you don’t only get to watch the movie; you also get to support the organization. Two thumbs up! Plus, the audience were given their own Smart sim for free while five lucky individuals got to take home a gym bag courtesy of Smart Communications. How cool is that?

One of the five lucky individuals, claiming what is rightfully hers- the gym bag courtesy of Smart.

Now back to the movie, it wasn’t hard to keep up with the story of the sequel despite being a first time audience of the film. With the story starting off in the forest (or at least that’s what I remember; and this as far as I would go in terms of spoilers, mind you), it was easy to grasp the emotion each and every characters were in at the moment.

Now I know he’s not Peeta, but this guy is GORGEOUS beyond reasonable doubt!

Perfectly capturing Katniss Everdeen’s conscience [played by Oscar award-winning actress Jennifer Lawrence] catching up with her- slowly creeping up in her dreams; giving her sleepless nights, and the awkward tension between her and her ever-so-faithful lover, Peeta Mellarck (Josh Hutcherson), it’s no wonder the movie made its way to a lot of people’s hearts if not everyone’s.

The acting was flawless. In addition to that, the actors seemed like the perfect fit for the role. Also, you can’t help but notice the authenticity of the story despite it being fictional. It was incredibly put together, from the characters and their growth to the progression of the story, the lineup was impeccable. Likewise, the story gives you a different perspective altogether.

She doesn’t look scared, does she?

As much as it is rare for a woman to be the hero (in this case, heroine) of the story, it is also rare for the heroine to deny her influence over the people. Honestly, she came off selfish and uncaring. She was indifferent. All she ever cared about was her family, and during the games, for Haymitch Abernathy (Woody Harrelson) to save Peeta at all cost.

See, she is selflessly selfish. Does that make sense?

Heck, she didn’t even consider Peeta’s feelings whenever she asks him something (Like I don’t know, to be with her in bed! I mean, seriously, the agony it can give to man. I can only imagine). 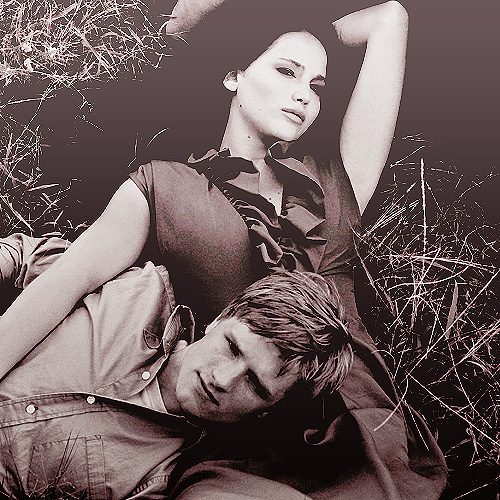 But then, she found hope and saw the change it can bring to people; so we witnessed her grow as a person and… Well, that’s where the story left off.

Off to the Mockingjay set..

Frankly, in spite of the lack of prior knowledge, anyone can relate and follow the narrative. It felt close to home, even though it was a new experience. The love for our family, the feelings accompanied by heartbreaks and setbacks, even being selfish and scared had such a concrete foundation in the film that you can’t help but identify with the characters. You realize that it is okay to say you’re not fine, that it is okay to admit that you’re afraid, that you’re not ready, that you don’t want something and that you may not be good enough. Lastly, it is okay to cry when the story turns bleak and the curtains go down because you realize it’s the end of the movie. Longing for the next time you will hear the words “May the odds be ever in your favor” When In Manila.

Now, what do you expect in the third installation of the film? I know I’ll be doing some digging, and maybe educate myself by watching the first movie as well (smiles).

When In Manila would like to thank UP ALCHEMES for organizing the block screening of the movie at SM North EDSA The Block.

The Hunger Games: Catching Fire In a Different Light, Block Screening presented by UP ALCHEMES

MadTV.ph - Turn It into Your New Online Hangout...