LOOK: Our Mountains are Burning! How do we Prevent it?

Our mountains are some of the last verdant places left in the country–so when they burn, it is a disaster for the wildlife, the environment, and local communities. Although rules are in place to protect our mountains, it seems that these are not enough, as based on these recent cases.

At around 3 pm last January 20, the highest peak in Luzon, Mt. Pulag in Benguet, caught fire. The wildfire lasted 6 hours, consuming 1.5 hectares of grassland. According to the firefighters, the fire was ignited by a portable burner with a butane canister brought by a group of hikers from Cebu. The hikers said that the burner caught fire. Panicked, one of them threw it onto the grass.

RELATED: AWFUL: The World Just Lost An Area of Forest the Size of the Philippines

Strong winds and cans of butane gas discarded by irresponsible hikers all over the campsite contributed to the wildfire, according to a report. In the subsequent posts about the fire, netizens grieved over the destruction of the dwarf bamboo that is endemic to Mt. Pulag.

If that wasn’t awful enough, Mt. Ulap in Benguet also caught fire two days later, as reported in Postcards from Mt. Ulap. Firefighters were able to put out the fire within three hours, thankfully.

These two wildfires may have been ignited unintentionally–but not so on the mountains of the Ipo Watershed in Bulacan, where fires are often set intentionally by forest arsonists.

RELATED: OH, NO! Will Our Brave Forest Rangers Go Hungry this Christmas?

In 2016, it was Mt. Apo that was ravaged by a massive wildfire, consuming over 300 hectares of forests and grasslands. Reports say that it originated from a campsite. 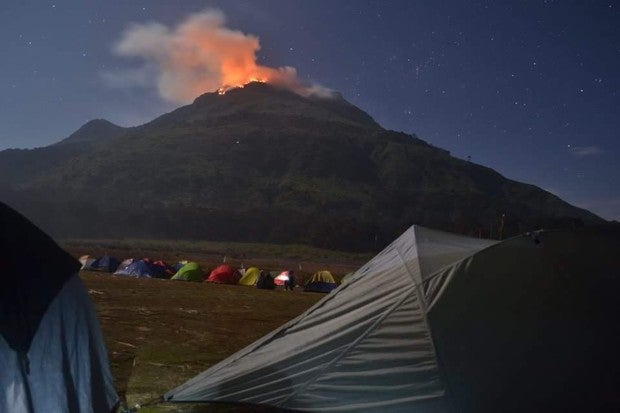 RELATED: We’ve Chopped Down So Many Trees That Our Forests Can’t Stop Climate Change Anymore

Mountaineers and trekkers are taught to follow the principle, “leave no trace.’ Do you think this is enough? And what about our forests that are often targeted by illegal loggers, land grabbers, arsonists, and so many others with evil intentions?

What else can we do to protect our mountains and forests? Comment below.

6 Places We Think You Should Visit This 2018