Fast and Furious 6 Meet and Greet

When in Manila, cruise down the roads where Hollywood movies shoot car chasing scenes!  After the filming of the Bourne Legacy in the Philippines, another action-packed movie is going to get filmed once again at our traffic-laden city!  Your guess is probably right, some of the scenes of Fast and Frurious 7 is going to shot here in Manila as announced on the recent Press con bye the Fast and Furious cast and crew themselves.

Before we get ahead of ourselves, we still have Fast 6 to enjoy first!  Showing on May 24, some of the cast and crew didn’t waste time in promoting the latest installment of the Fast and Furious series!

Lead actor Vin Diesel was accompanied by 3 other casts: Michelle Rodriguez, Luke Evans and Gina Carano.  I don’t know about you but I am a lover of SPEED!  I always enjoy watching the Fast and Furious series and I can’t wait to watch the 6th movie.

For a fan of speed, I almost fainted when I saw the cast of Fast 6 at Glorietta activity center by Ayala Malls.  It’s a signing party and mall-goers of Glorietta were also greeted by a little surprise.

The venue was PACKED!  Here are the pictures from the event!

Get the flash player here: https://www.adobe.com/flashplayer 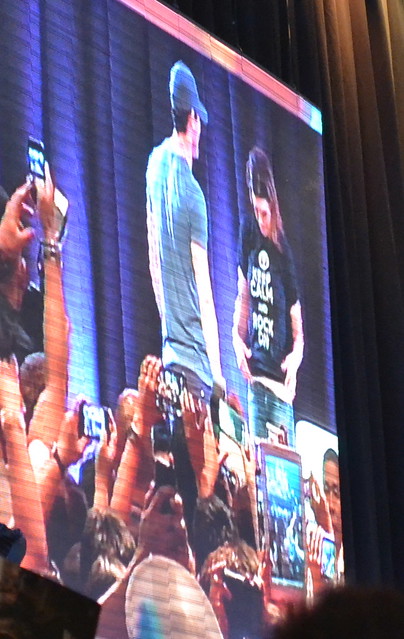 Check out Gina Carano as she wears the WIM shirt!

If you missed any of this, I just hope for sure that they will have another meet and greet for Fast and Furious 7.  See you then!

Fast and Furious 6 Meet and Greet

Lover of life and love. Connect with me on Twitter @FlairCandy and check out my blog at FlairCandy.com

A Weekend Full of Activities at Mom and Me!

Get A Chance To Meet And Greet GIZMO!