When in Manila and want a stress-busters? Then check out Quantum Cafe and the Silly People Improv Theatre, or SPIT, every Thursday night!

SPIT? To die for.

No, this is not a word for a saliva expectorated from your mouth or something to be thrown up. This SPIT I’m dealing with is a bunch of awesome people ready to give you a laugh you’ll never forget! 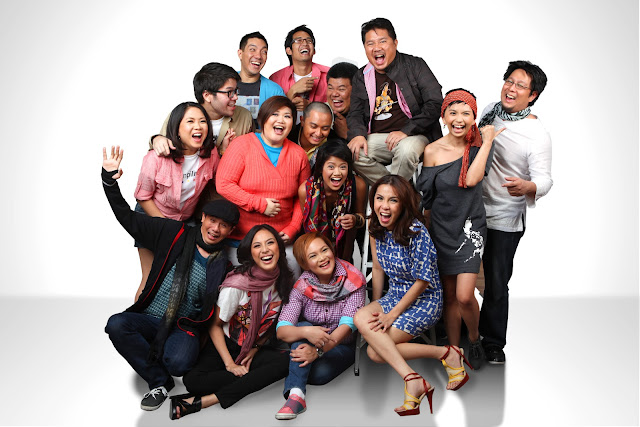 I only once heard of SPIT Manila way back from a TV interview of Gabe Mercado and from then on, it piqued my interest because I saw the actors and how funny they seemed to be! Not to mention how they seemed to make a quite room into a laughing horde of hyenas

Luckily I was invited for a fantastic Thursday show of the Silly People’s Improv Theater (SPIT) and they promised to give me and other guests a great laugh or two, or five hundred! So after my work at the clinic, I hurried myself and my boyfriend to go at Quantum Cafe in Makati City. Having a stressful week means we deserve a treat, a break from the piles of paperwork we have to handle.

Upon arrival at Quantum Cafe, we were greeted by happy smiling persons and each were taking turns talking to us, introducing themselves and giving us points on what to expect for tonight’s show. We were offered to order whatever we want from the menu. You can’t miss their Northern Mix Pizza (Php 150) — whole wheat thin crust topped with tomato sauce, kesong puti and Ilocos longganisa. Yum! It has this distinct rich taste one would never resist to take a bite!

From witty and entertaining games that involve the audience, the actors from SPIT promises to give each show unique from one to another since they mostly rely how the crowd will react. As much as I would like to give you insights on how they made me a laughing hyena the whole night, I’ll leave you hanging from there. It’s a MUST for you to definitely witness this awesome cool people actors of SPIT Manila!

and now, SPIT Manila will be celebrating their 10th Year Anniversary and they decided to invite some of their Improv friends to come and perform with them on June 28 to July 1, 2012 at Quantum Cafe, Makati City.Confirmed groups to arrive are the ones from Cebu and Bacolod, Hong Kong, Beijing, Taichung, Xiamen and Los Angeles, USA.

PLI is Hong Kong’s first, longest-lasting, biggest and only regularly performing English-language improv troupe and they are based at the TakeOut Comedy Club HK.

Chris Coleman – a composer, trombonist and university professor by day, crimefighting supermodel by night. When distracted from his normal activities, he appears on Hong Kong’s Radio 4 where he is currently presenting “What’s That Noise? A Listener’s Guide to Contemporary Music” Coleman is one of the earliest members of People’s Liberation Improv, and has also performed standup comedy at the TakeOut Comedy Club HK.

Kay Ross– an Australian in Hong Kong. She has been acting since she was a teenager, has performed stand-up comedy, and has been a member of People’s Liberation Improv for about four years. With PLI, she has performed in improv festivals in Hong Kong, Beijing and Seoul. She’s also a marketing consultant and a bodyworker/healer – the thread that connects her three passions (marketing, performing and healing) is storytelling. Kay will be attending the “Thriving In Uncertainty” applied improv conference in Melbourne, July 12-13, and has been invited to co-teach a one-day class in applied improv at New Zealand’s national drama school in Wellington.

Nick Reed– has been performing with People’s Liberation Improv for almost 2 years. He graduated from King’s College London and has been living in Hong Kong for over 6 years, teaching science to students and to whoever else will listen to him in the park. Nick loves public transport (including choo-choo trains), scotch, buildings, and ponies. In his spare time, Nick has been trying to create a new breed of pet by combining scrambled eggs and a unicorn… with science!

Pete Grella – has been performing with People’s Liberation Improv for 3+ years, performing in Hong Kong, Macau, and at the improv festivals in Beijing and Seoul. He is also part of 3 Dudes Improv, a 3-person long form group. Pete is the producer of the Hong Kong International Improv Festival and teaches improv workshops in Hong Kong. 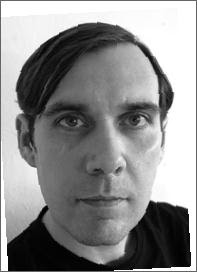 Chris Carmon – Christopher Carmon Jr. has a BFA in fine arts from South West Texas State, a MFA in film & television from H.K.B.U., and worked with Griffith University in a masters program for drama education. He has been involved in numerous music, theater, and film productions in Hong Kong and China since 2004 and is the founder of the Drama Academy at Fukien Secondary School.  Notable works include Unlucky Dog (2006) director of award winning short film, music album The Squirrels, Happy News (2007) singer/song writer, What’s Cookin’!!! Commedia dell’ Arte (2008) Actor, and A Streetcar Named Desire, (2009) Actor. He has been performing with People’s Liberation Improv for the last three years.

Catch SPIT Manila and other Improv groups celebrating with them their 10th year anniversary every Thursdays at Quantum Cafe, Makati City.

An ENFP and an ailurophile. A bookworm, movie junkie, food enthusiast who doesn't know how to cook, and a notorious traveler of thrift stores. Jo also writes for https://josephinearce.wordpress.com. Hit her up at Twitter @TheJosephine and Instagram @josephinearce

Sony excites the public with affordable...

Glow in the Dark Pool and Foam Party at Tomas...